Preparing for a Hot Summer

Thanks to the rise of fuel injection systems, automobiles with carburetors aren't as common as they once were. Yet for those who own cars manufactured before the late 1980s, faulty carburetors still manage to cause a fair amount of problems. If you would like to learn more about diagnosing some common carburetor issues, read on. This article will discuss two symptoms to be especially wary of.

Rough idling is often the result of a lean fuel mixture. This term refers to fuel that contains a greater proportion of air than it should. When the amount of air entering the combustion chamber gets high enough, the engine tends to misfire. This is often experienced as a rough or choppy feeling when sitting at idle.

This problem involves so much fuel entering the carburetor that it spills out through the bowl vents. If this causes the spark plugs becoming wet with fuel, your car may not be able to start at all. Worse still, if fuel manages to spill out of the carburetor onto a high-temperature engine, you may have a serious fire hazard on your hands.

A dirty needle valve is the culprit behind many cases of engine flooding. Such blockages of dirt and debris may prevent the valve from properly closing. In other words, there is no way to prevent more fuel from flowing into the carburetor. The good news is that cleaning the needling valve is often all it takes to eliminate the problem.

Engine flooding can also be the result of problems with the float inside of the fuel bowl. This float, which functions in much the same way as the float inside of a toilet's tank, is responsible for determining the amount of fuel that can enter the bowl. This issue can be resolved either by adjusting the float's fill level or, if the float has become damaged, replacing it entirely. 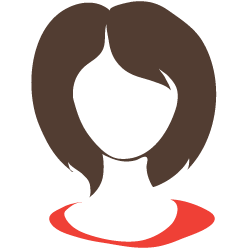 My husband and I own a home in the southern United States. Every summer, the temperature can soar to over 100 degrees. Because the weather gets extremely hot in our part of the country during long, summer days, maintaining the air conditioners in our vehicles is crucial. To accomplish this monumental task, we routinely have them inspected by a mechanic. This professional can inform us if the air conditioners in our cars need a boost of Freon. Freon is an odorless gas that helps to keep a vehicle’s air conditioner operating effectively. On this blog, I hope you will discover the most common problems associated with car air conditioners. Enjoy!

Tinted windows can be an affordable and easy upgra …

One of the main questions you may face when gettin …

If your truck is starting to get rusty on the unde …

Winter Is Coming: 4 Tips To Get Your Car Ready For The Weather Change
20 September 2016

Summer is officially over. Soon, those cold winter …

No matter how well you maintain your vehicle, you …